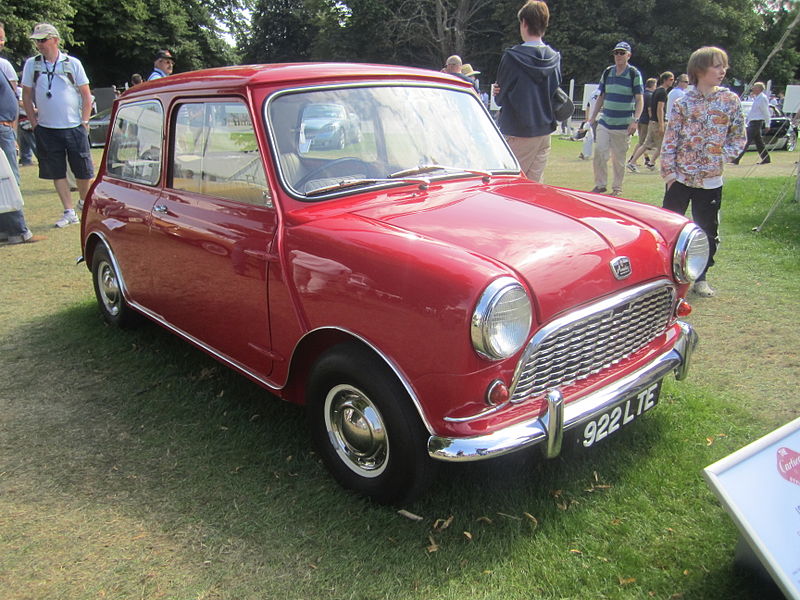 In August 1959 the British Motor Corporation launched a small car to take on the ranks of imported bubble cars which had gained a foothold in the British market in the wake of fuel shortages caused by the Suez crisis. Designed by Sir Alec Issigonis and initially sold in two versions, as the Austin Mini 7 and the Morris Mini Minor, the new car was more practical than the competition, offering four proper seats and practical storage space. As a result, it quickly established a following among families and celebrities alike.

The car’s small size and front-wheel drive configuration also saw performance Cooper versions deliver success in motorsport, both on the track and in rallying – https://www.sportscardigest.com/mini-cooper-birthday-racing-history-photo-gallery/.

The original Mini stayed in production until 2000, with a total of more than five million cars produced over its lifetime. The popularity of the brand remained strong, however, and the BMW group launched a next-generation MINI in 2001, built at a new Oxford manufacturing facility.

Larger and more powerful than the original car, the BMW MINI made use of retro styling cues to echo the looks of the Issigonis Mini. Like the earlier car, the new MINI has spawned several variations including convertibles, estates and an SUV, plus of course sporty Cooper versions.

If you have motor trade insurance from somewhere like quotemetoday.co.uk/motor-trade-insurance you’ll probably know that the MINI has had three major facelifts over its life, though it still retains a distinctive and instantly recognisable look.

2019, of course, marks the 60th anniversary of the launch of the original Mini and to mark this event a new MINI 60 Years Edition is being released. Based on the MINI Cooper hatchback, the car will be finished in traditional British Racing Green with black exterior trim. It will have 17-inch Alloy Wheel Refurbishment in a smart two-tone finish and will only be available with automatic transmission.

Inside, the 60 Years Edition has leather seats with contrasting piping and stitching to complement the exterior. Levels of equipment are high too, with LED lights, automatic headlights, intelligent emergency calling and more.

Restricted to a production run of just 500, the car will be available from dealers in March in time for the 19 registration and will cost around £30,000 on the road.

Browse the new and used cars on AutoVillage.co.uk.